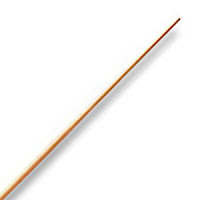 I grabbed a stick off the wall and used it on my students!

Yep… I let them have it!

You might think that’s this is a little harsh?

Well, YES I used it on my students but not in the way you might imagine. 😉

You see I was teaching neko ashi dachi (cat stance) to some new students and they were having trouble getting their weight distribution correct. As they’d only practiced forward stance up until this point, getting them to do cat stance was definitely a challenge…

Many of them were putting too much weight on their front foot, and making their stances too long. And even though I’d explained that in cat stance that their rear hip needed to be directly “above” their rear heel in a straight line, many insisted on leaning foward instead of “sitting down” over their back foot.

Right at that moment I had a thought…

“I know they HEAR what I’m saying, and I know I’ve SHOWN them how to do it… Is there any possibility that they THINK they are doing what I’m teaching, but don’t actually REALIZE that they’re not?”

So that’s when I grabbed the stick…

I asked each student to stand in cat stance and then using the stick as a “straight edge” I placed one end against the back of their heel and held the stick vertically. Now if they were doing what I had been teaching then their hip should also have been touching the stick.

This was a great way to accurately measure the geometry of their stance. And when each student realized that their stance required adjustment to be technically correct they had their own moments of realization. They were able to make the distinction between their stance being too long, too much weight forward, incorrect hip position, and what the correct stance should be.

Armed with their new knowledge and my new benchmarking tool my students were able to quickly adapt and make their stances right.

Of course using a straight edge staff or similar can be used to test the lengths, widths and geometry of other stances too. You’ve just got be a little creative in the way you teach. Next week I’ll share with you another way you can use a stick to help your students with their kata.

Until then… isn’t it about time you used a stick on your students?

3 thoughts on “I used a stick on my students!”