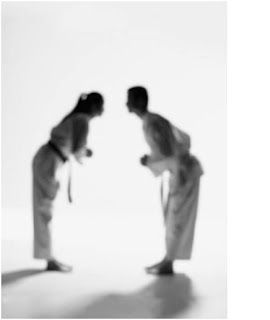 You know I just was yakkin with Mike about our upcoming F2 2-day
seminar on March 5/6 here in California, and we’ve decided to
make the decision even easier for you to attend!

(In case you missed my last email, F2 (Fighting Fit System) is an
extraordinary way to add additional classes to your curriculum
that will dramatically boost your student enrollments.
https://www.karateteaching.com/f2
Mike has had phenomenal success with this, and that’s why I’m
excited about it. So excited in fact, I’m hosting the next F2
seminar in just a few weeks at my dojo, and I’d love you to
come along.)

So, back to making it even easier for you to raise your hand up
and say, “YES! I’ll coming!”.

First let me say I know how you might feel about it… the
flights, hotel, seminar, etc… it can add up. And what if it
doesn’t work? That’s a chunk of change right there… I totally
get it.

I felt exactly the same until I watched the video and saw first
hand the extraordinary RESULTS instructors like us are getting,
time and time again. F2 has saved many a martial art school, and
I can’t wait to add it to my mine. (Not to save it mind you, but
I sure could do with any extra $3 to $5k a month, couldn’t you?)

So that’s why I put Mike in an arm bar and told him, “You need to
give my subscribers MORE, so it is an absolute no-brainer!“

(Ok, so I made up that last part, but you get the point!)

So Mike decided that he’ll make it a 3-day seminar, instead of a
2-day seminar, but you get it for the same 2-day price. He’s
going to hold a 2 hour business seminar for you on Friday, March
4, for a couple of hours teaching you (and me) first hand his
killer marketing system.

And I’m also going to share some of my secrets with you, and show
you the killer system that runs my dojo! These 2 extras alone
would be worth making the effort to come along!

But, before you can attend, you’ve got to watch this video:

Then if you decide it’s for you (and why wouldn’t you?), just
let me know you’re coming and I’ll get you into the Friday night
session, no charge. (I know the owner of the dojo, and he’s a
cool guy).

This is going to be awesome! Sincerely hope you can make it!